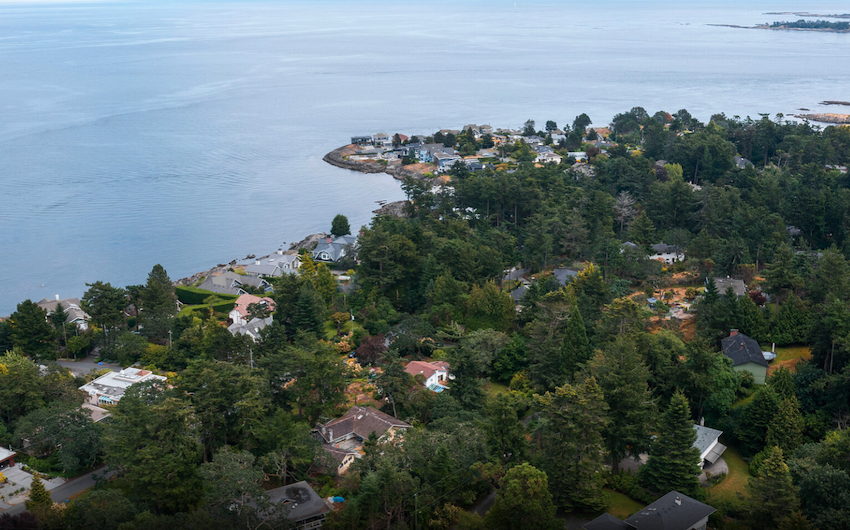 Victoria Real Estate Came Into Its Own During the Pandemic, Here’s Why

For many, the pandemic had a profound impact on day-to-day life — from the way people worked, to how they socialized, travelled, and shopped, essentially everything changed.

And as life transformed, so did housing demand around the world.

Real estate markets experienced a suburban shift, as city dwellers flocked to lower-density areas, seeking out extra space in a time when social distancing was highly encouraged (and at times, government mandated).

During this time, Victoria, BC was one of the low-density areas to see unprecedented growth.

According to Doug McGowan, real estate expert and Managing Broker at Sotheby’s International Realty Canada, people from all over the country — and even the world — flocked to Victoria throughout the worst of the pandemic.

“We saw a huge influx from the Lower Mainland, as well as Europe, the U.S., and from all over Canada,” shares McGowan.

There are a few reasons why housing demand in Victoria skyrocketed amidst COVID-19. For starters, McGowan explains a major draw was the city’s close proximity to “COVID-19 friendly” activities, such as nature trails, beaches, and outdoor adventures.

“You don’t have to drive two hours to get out to nature in Victoria,” says McGowan. “I can find a hiking trail — and be the only person on that trail — just 15-minutes from my office.”

In a time when restaurants and bars were closed, nature became an escape that many people were drawn to. But in addition to its natural wonders, the island also had relatively low numbers of COVID-19 cases, which made Victoria even more appealing.

At its worst, Vancouver was reporting thousands of COVID-19 infections daily, while at the same time, the island was only seeing single-digit cases.

After record highs, Victoria’s housing market has seen a slight slow down in the first half of 2022.

And with rising interest rates, record-high inflation, and geopolitical turmoil, there’s been some speculation that Victoria’s housing market — and the global economy, in general — is headed for a dip.

However, when asked about the future of Victoria’s real estate market, McGowan says he’s staying optimistic. He believes the city will remain stable moving forward, even as activity begins to cool.

This is because Victoria’s housing is particularly attractive to retirees, who come to the city with large sums of savings and purchase modest houses outright with no mortgage.

Another reason Victoria is likely to remain strong is because of its diverse economy. Unlike other cities, Victoria isn’t reliant on one single industry; this means when there’s turmoil in a particular sector, there hasn’t historically been a massive impact on the economy at large.

Indeed, while the unprecedented highs of 2021 are behind us, the allure of Victoria’s housing market remains.

And according to McGowan, people will continue flocking to the city for its unparalleled access to nature, laid-back lifestyle, and its intrinsic charm that can’t be shaken, even during times of uncertainty.

This article was produced in partnership with STOREYS Custom Studio.

Content by STOREYS Custom Studio is created in partnership with companies and brands looking to tell their own stor(e)y.