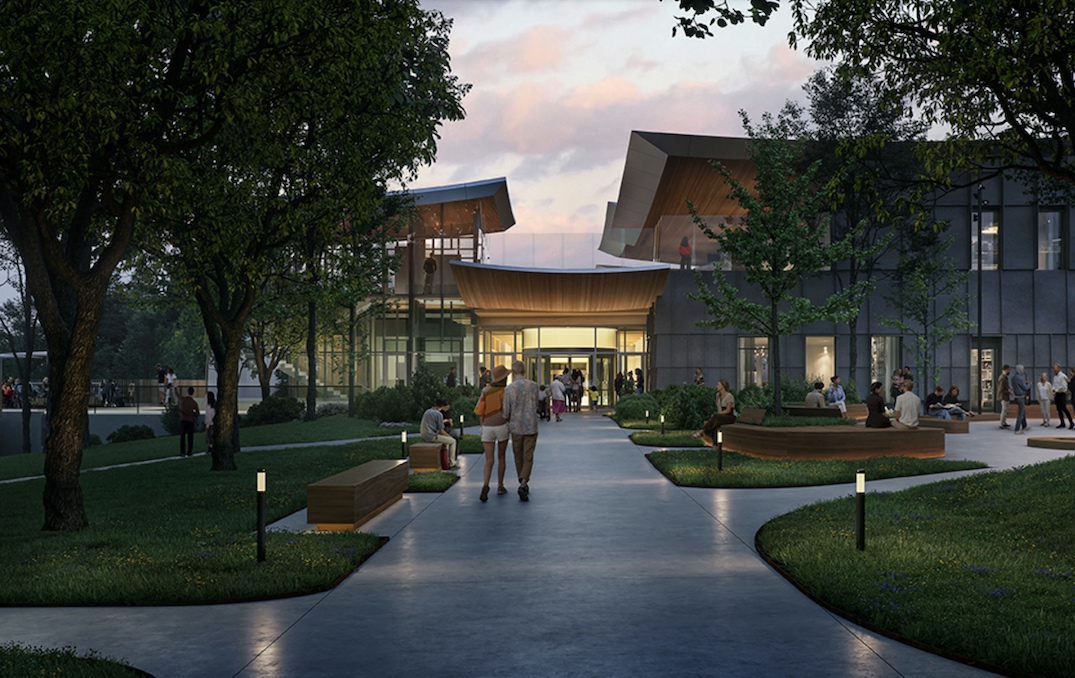 The City of Vancouver has revealed design renderings for the new proposed Marpole-Oakridge Community Centre within Oak Park, as it seeks public input on the project.

The project will be two storeys, 186,300 sq. ft, and include a floor of underground parking as well. Amenities for the Marpole-Oakridge Community Centre are expected to include a senior centre on the first floor, a daycare facility on the second floor, as well as an outdoor swimming pool.

Diamond and Schmitt Architects — who filed the development application — will also add a splash pad, playground, and performance circle to a section of the existing Oak Park, which will be reconfigured to fit the new building.

The third option was the one that was ultimately chosen, although the orientation of the building and some of the smaller surrounding details were changed.

The Marpole-Oakrdige Community Centre is also expected to be built to meet the standards set by Passive House, a standard “recognized internationally as the optimal way to build healthy, climate-resilient, affordable, and energy-efficient residential, institutional, and commercial buildings through all stages of design, construction, and livability.”

The City of Vancouver is currently taking public input about the project, allowing people to vote on whether or not they “support”, or are “opposed”, or have “mixed” feelings about the proposal. The public comment period is ongoing from now until Monday, September 12. Following that, the application will need to be approved by the city’s Director of Planning before construction can officially begin.

Howard is a Staff Writer at STOREYS. He is based in Vancouver, British Columbia, and has also written about media for One Zero and international politics for WhoWhatWhy. Before STOREYS, he was also the Deputy Editor of 604 Now.