How To Identify Armyworms (And What You Can Do About Them)

Armies of hungry, destructive pests are invading counties throughout Maryland and Virginia, leaving once-green and healthy lawns bare and brown.

It can happen practically overnight.

The villain is the fall armyworm, and experts say this year the extensive damage is the worst they’ve seen.

What to watch for? What to do about it? Let’s take a look.

Actually, they aren’t worms at all, but striped caterpillars, the larvae of the ordinary-looking brown fall armyworm moth.

The moth survives year-round in warmer climates, from South America to the southern U.S. Each year they invade more northern regions until cold weather zaps them. 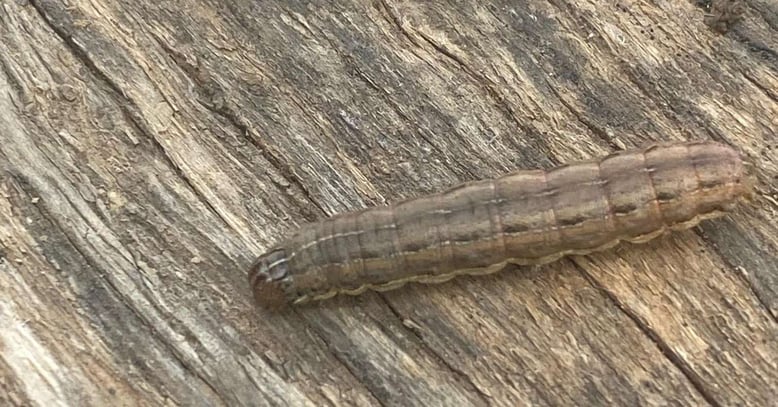 Adult moths survive just two weeks. During that time, a female lays up to 2,000 eggs, deposited underneath leaves in clusters of 100 to 200.

Sara Lechlider, business developer for Newsom Seed Inc. in Fulton and Gaithersburg, MD, a Level Green vendor, has been researching armyworms for weeks and fielding calls from panicky customers reporting their lawns are suddenly and distressingly brown.

“A lot of people are calling us to say their lawn has a fungus that took over their lawn in just a couple days,” Lechlider says. “But fungus doesn’t really do that. People around here aren’t familiar with armyworm damage because we don’t typically see them here.”

But all that changed in the past weeks, as counties throughout Maryland and Virginia have reported armyworm damage.

What Do They Do?

They disappear almost as suddenly as they appeared, burrowing into the ground, spinnjng a cocoon around themselves and eventually emerging as moths, repeating the whole cycle. 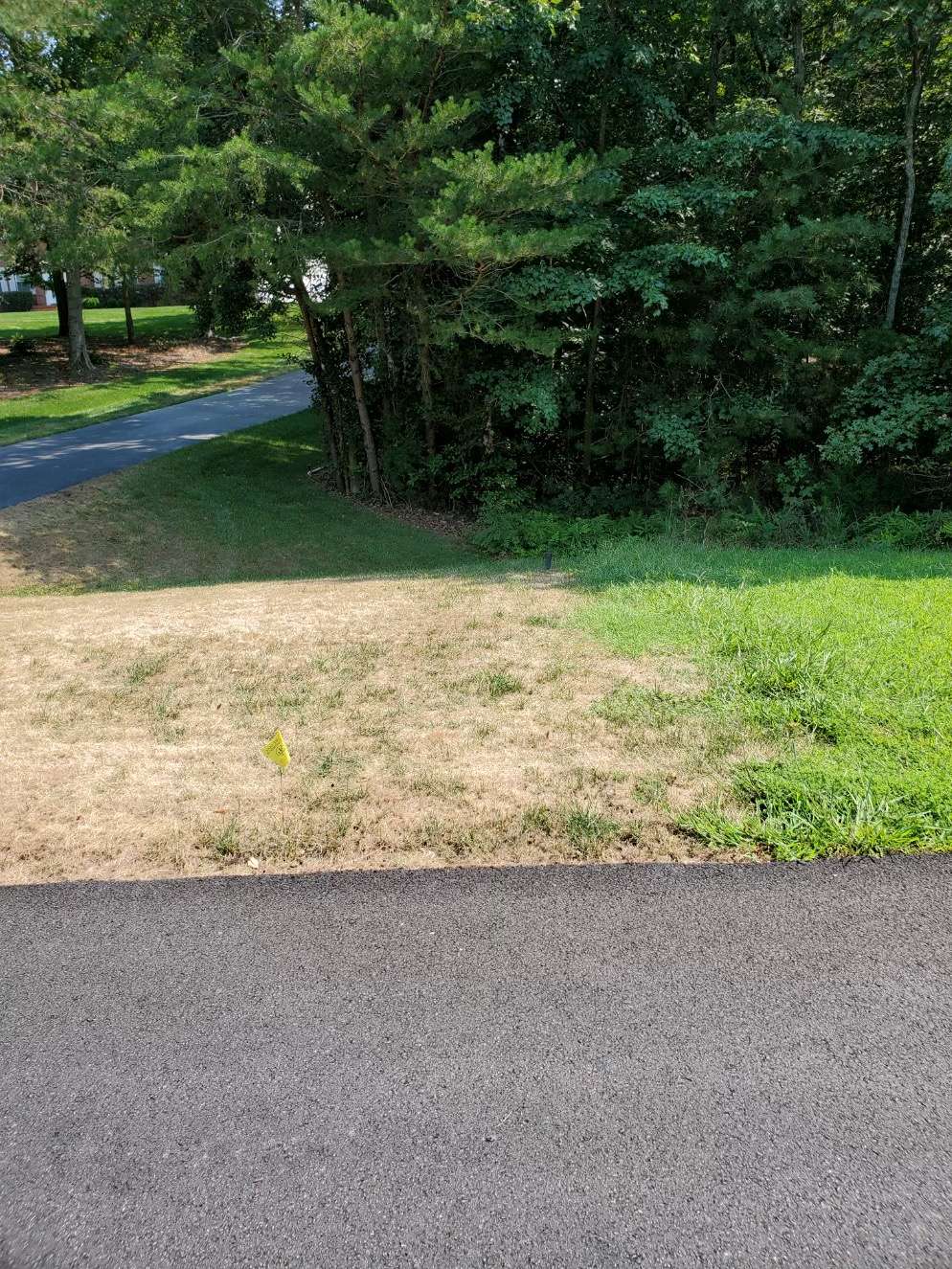 Fall armyworms feast on grass of all kinds, but while warm season grasses in southern states can regenerate after armyworm invasions, cool season grasses like varieties here in the mid Atlantic can be permanently devastated.

How to Identify Armyworms

The worms are 1-1.5 inches long and vary in color from green to brown to black. There’s a wide black stripe running down each side of the body and an upside down Y marking on the head.

If you suddenly notice a lot of birds on your lawn, beware. They may be feasting on a horde of tasty armyworms. 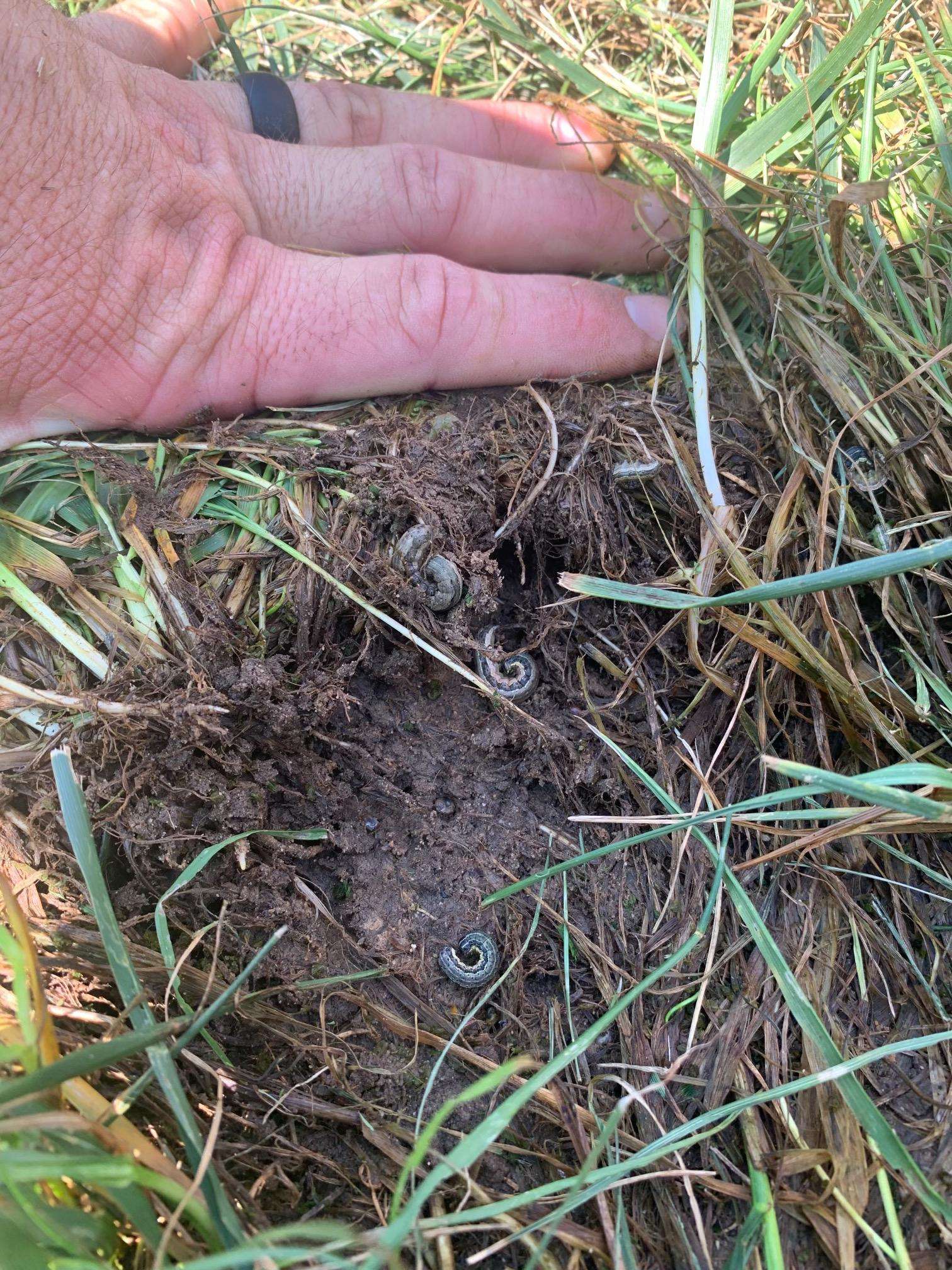 “I tell customers to go out and scout for armyworms to see if they can actually see them,” Lechlider says. “Look for them the way you look for grubs, by pulling back part of the turf.”

Why Are They So Bad This Year?

This year the ravenous pests are worse than ever, completely destroying lawns, golf courses, and crop fields.

Entomology experts at Virginia Tech University suspect tropical weather systems and hurricane activity carried more moths to the mid-Atlantic earlier than usual, pushed along in the air streams of these major weather makers.

The armymoths migrate northward every year, typically reaching the mid-Atlantic in early to mid-September.

But this year, as moths arrived earlier than usual, it increased the number of generations of armyworms. That means a lot more munching.

How to Get Rid of Armyworms

When the armyworms first showed up, Newsom Seed recommended a product called bifenthrin to battle them, Lechlider says.

“It’s a good product, but it doesn’t last long,” Lechlider says. “It kills them, then offers maybe 10 days of residual protection.

“Considering we might have these armyworms around until the first frost, we’ve shifted to acelepryn,” she said. “It lasts longer, closer to five weeks.”

But both of these products are in short supply, given the high demand due to the fierce infestation, as well as supply chain issues hitting many industries right now.

Lechlider says her company has other solutions, as well, while they wait for more shipments of acelepryn.

“We wouldn’t use it unless we’re actually seeing armyworms,” she says. “I’m encouraging customers to scout for them. Once they see them, we can get them controlled pretty quickly.”

“When you see these lawns, they really look dead,” Lechlider said. “They look really, really bad, so people start to panic. 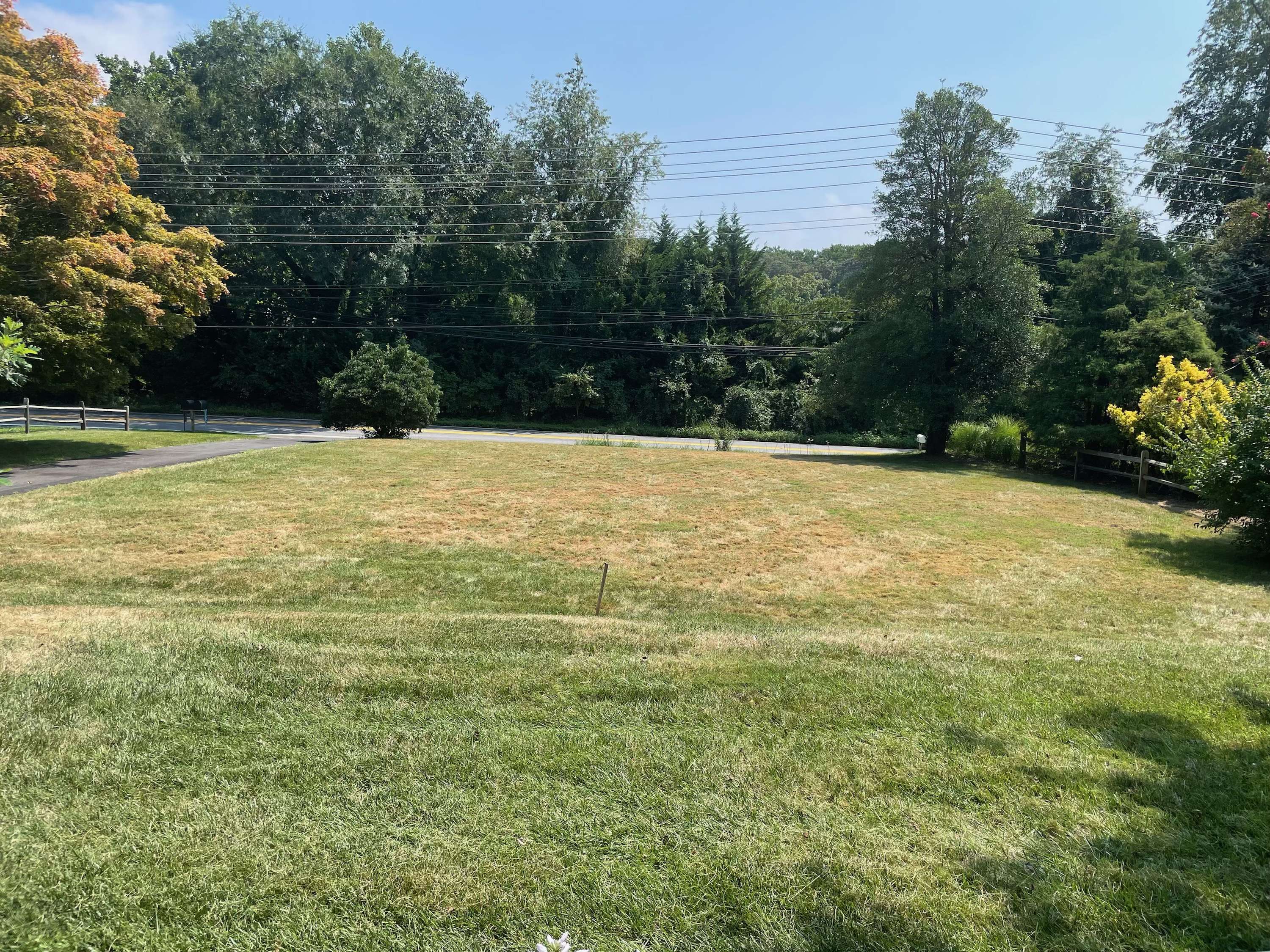 “But if you look at the crown of the grass, you’ll often see some green growth,” she said. “That means there’s a good chance the grass will come back. That’s what we’re hoping.”

Level Green crews are on the lookout for armyworms on our customers’ properties and we have vendors standing by with the products necessary to kill the pests.

If you’re not already a Level Green Landscaping client, we’d love to add you to our growing list of happy customers. Our focus is on commercial properties like offices, mixed-use sites, HOAs, municipalities, and institutions in Maryland, Washington DC, and parts of Virginia.

We’d love to hear from you.